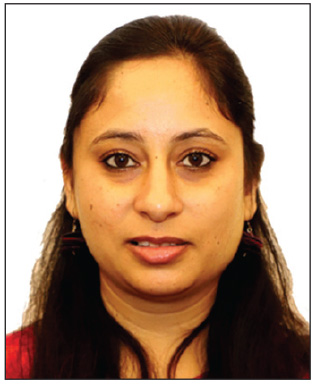 Launched in December 2014, the Integrated Power Development Scheme (IPDS) is aimed at strengthening the sub-transmission and distribution networks in urban areas. Palka Sahni, executive director, IPDS, Power Finance Corporation (PFC), talks about the progress under the scheme, the challenges faced and the priorities going ahead. Excerpts…

What is the status of IPDS implementation?

The IPDS envisages the strengthening of the distribution infrastructure and introduction of IT interventions to ensure reliable power supply in urban areas. The total outlay of the scheme is Rs 320 billion, with 75-90 per cent grant being provided by the central government. PFC is the nodal agency and we are focused on ensuring quality and timely implementation of work under the scheme. At present, the total project outlay has been sanctioned under three major heads:

The projects are at different stages of implementation. Over 68 per cent progress has been achieved in system strengthening projects and work has been completed for 2,000 towns across India.

What have been the key achievements?

The IPDS has a key role to play in removing bottlenecks in supply caused due to capacity constraints in distribution networks. Under this scheme:

The states are also adopting new technologies such as ERP and GIS substations. An ERP system is in place in Jharkhand, and the first 33/11 kV GIS substation has been set up in Uttar Pradesh, in the congested Chowk area of Varanasi.

What impact will the IPDS have on distribution performance?

With such a massive thrust on the strengthening of distribution infrastructure, it is expected that the availability and quality of power in the last mile would improve in urban areas, thereby contributing to the government’s vision of “24×7 Power for All”. We have been able to reach out to over 30 million urban consumers in the 2,000-odd towns where work has been completed, in terms of providing reliable and better quality power. Further, IT enablement of discoms achieved under the IPDS has improved business process flow and led to automation in key operational areas of discoms. It has also eased the life of the common man. There has been an increase in the number of new connections being released within the timelines set by the regulatory commissions. Registering of complaints has become very simple through 44 centralised customer care centres. A toll-free complaint number, 1912, has been implemented and multiple payment options are available. SCADA implementation in big towns has reduced downtime.

What have been the key implementation challenges? How are they being overcome?

There have been challenges at different stages of implementation, such as the unavailability of skilled labour with discoms and technology vendors, contractual issues, and land and right-of-way issues for system strengthening projects. We have been working with the states to resolve the issues through reviews, peer learning workshops, advisories, and the ‘Connect’ Workshop series to understand stakeholder concerns. We are also ensuring timely fund flow to the states.

What are your key priority areas?

IPDS is a time-bound programme, so the priority is to get the distribution infrastructure upgrade work completed on time across states, including in the difficult terrains of Jammu & Kashmir and the Northeast. Our other key priority is to ensure that the states leverage technology to empower themselves and consumers. While there has been an increase in digitalisation, there is still a long way to go. We are keen to work on large-scale technology-driven projects such as IT enablement of 1,900 smaller towns, ERP projects for business process improvements and smart meter implementation in this financial year.