Discoms have been making concerted efforts to modernise their networks and infrastructure with support from government programmes. A case in point is Assam Power Distribution Company Limited (APDCL), which has recently completed a smart grid pilot project under the National Smart Grid Mission (NSGM), covering around 15,000 consumers in the Guwahati distribution area. The discom has also implemented a supervisory control and data acquisition (SCADA) system, laying the foundation for smart grid development. A look at the key IT-OT initiatives taken by the discom…

APDCL’s in-house IT team has designed and developed a spot billing Android-based mobile app, APDCL e-suvidha. The app captures the route map of the meter reader-cum-spot biller thereby ensuring that no bills are prepared without visiting the consumer premises. A study of the Majuli subdivision has revealed that the discom’s aggregate technical and commercial (AT&C) losses in the subdivision have gone down from 40.6 per cent to 26.5 per cent with the use of APDCL e-suvidha. Around 30 per cent of the consumers under APDCL are currently being billed via APDCL e-suvidha. Operational expenditures have been halved as meter reading, bill preparation and bill despatching are happening simultaneously. This has increased consumer engagement, and reduced consumer complaints and dependency on third-party implementers. This, in turn, has resulted in minimal recurring expenditures, proper monitoring of the meter reading and billing process, and faster receipt of bills by consumers, thereby ensuring adequate time for them for payment.

SANJOG is another in-house mobile application designed and developed by APDCL’s IT team for releasing new connections on the spot. Photos of beneficiaries as well as their ID and address proof documents can be scanned and uploaded on the app. All connections under the Pradhan Mantri Sahaj Bijli Har Ghar Yojana (Saubhagya) were released through this app. This application has several benefits such as faster and transparent release of connections, no need of physical documents, etc. Further, under the government’s Restructured Accelerated Power Development and Reforms Programme (R-APDRP), APDCL successfully brought all its urban consumers under a centralised SAP-based billing system at a data centre at Guwahati. This has enabled centralised data repository and monitoring. The system implementation agency for this project was Tata Consultancy Services. AT&C losses reduced from 40 per cent to 18 per cent against the urban project areas after the implementation of the R-APDRP.

Under the NSGM smart grid pilot project, the utility has successfully completed a smart metering project with advanced metering infrastructure (AMI) in Guwahati city for 14,519 consumers with 17 feeders at the 11 kV level. Fluentgrid was the smart grid implementing agency. A data concentrator unit-based radio frequency mesh has been used as the communication technology. At the smart grid control centre in Guwahati, 97 per cent of the meters have been connected. The project has enabled revenue billing through automatic meter reading and remote disconnection of power on defaulting consumer premises. After the implementation of the project, the AT&C loss in the project area has reduced from 23.6 per cent to 14.2 per cent.

APDCL has successfully completed SCADA automation in Guwahati with Chemtrols Limited as the implementation agency. The project covered 34 substations. It has enabled APDCL to monitor the status of its distribution network in real time and undertake preventive maintenance measures whenever required. The project has also helped in improving power reliability in Guwahati by isolating fault sections in many areas of the city.

The utility has also successfully implemented a meter data acquisition system (M-DAS) for HT consumers and urban distribution transformers as well as feeders. The successful completion of the project enabled system-generated energy audits and integration of the same to the national power portal. The system implementation agency for this project was Tata Consultancy Services. The automatic generation of energy audits for urban areas; load flow analysis on a real-time basis; tamper detection; and instantaneous load surveys are some of the benefits achieved by the utility.

According to APDCL, the integration with third-party systems has been a major obstacle in smart grid pilot project implementation. This includes the huge annual maintenance cost of IT infrastructure, which stood at around Rs 220 million per year for only 950,000 urban consumers under the R-APDRP. The system implementation agency claims an unusually high amount even for minor changes in the application. Another challenge is zero capacity building of the personnel as the system is maintained by an external agency.

A geographic information system (GIS)-based asset mapping and consumer survey was done only for urban areas under R-APDRP schemes, whereas the majority of APDCL network and consumers lie in rural areas. Accurate and up-to-date GIS data for the entire utility (not just for urban areas) is mandatory to ensure efficient service call management, customer care, smart metering implementation, etc. To this end, APDCL has initiated a bidding process for GIS-based asset mapping and a consumer survey.

APDCL is also planning to implement smart metering with AMI for 70,000 consumers in the next phase. Apart from the primary AMI functionalities, APDCL’s in-house data analysis team will use the data generated to take the small steps towards predictive analysis of consumer behaviour. 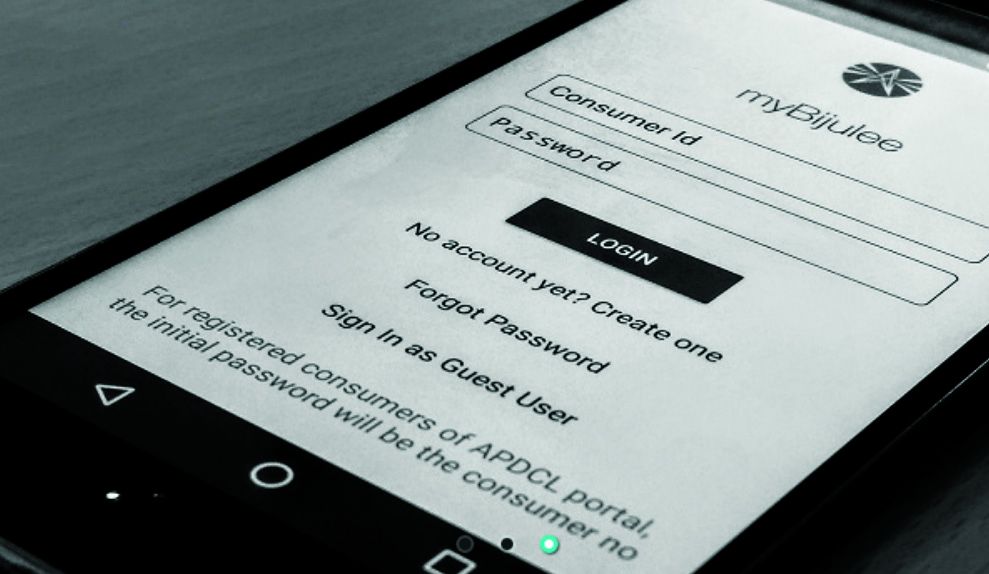 Revenue collection has been typically poor in rural areas. Consumers are not very enthusiastic about adopting digital payment options in spite of all-out efforts by APDCL. The discom has designed a mobile app, “APDCLEasyPay”, similar to the LAPU (local area payment unit) used by mobile service providers. Collection agents authorised by APDCL will be able to use this app for door-to-door collection in rural areas. The app is expected to go live in October 2019.

In order to mitigate the difficulties faced in the implementation of R-APDRP Part A, APDCL has decided to design a centralised billing application for the entire APDCL. The solution will be hosted on the cloud, for which 70 per cent development has been completed by the APDCL IT team. During deployment on the cloud, APDCL is planning to segregate the databases of individual sub-divisions in separate VM boxes and use managed service for data analytics. The solution is expected to go live by December 31, 2019.

To conclude, APDCL’s current and planned efforts to augment its IT infrastructure are expected to facilitate efficient and reliable operation of the power system, reduce losses and improve customer satisfaction, which are critical for improving the power delivery infrastructure in the north-eastern state.

Based on a presentation by Tanmoy Mitra, Assistant General Manager, APDCL, at a recent Power Line conference